«Bisschen Ihme-Zentrum abreissen» (tearing down a bit of Ihme Zentrum) is a project nobody asked for. It is a proactive contribution to the public debate about the future of Ihme-Zentrum and an argument against privatization of public space.

The building floats like a 500m-long vessel in the city’s structure between the river Ihme and Blumenauer St. Erected on the site of a weaving mill opposite a brewery, its base accommodated parking and infrastructure for the shopping mall above. Today, the base lost its function and has been vacant for twenty years already, the industrial context changed long ago and Blumenauer St. plays a secondary role within the city’s infrastructural network.

Before it was build there was a weaving mill on it’s land and a brewery on the other side of the Blumenauer Street. Thus this street has always been a mere infrastructure project accompanied by closed ground floors without any public function. Ihme-Zentrum was build in the same spirit: The base accommodated a zone for parking and delivery on the ground floor and a shopping mall above. Today the entire base is abandoned for twenty years already. 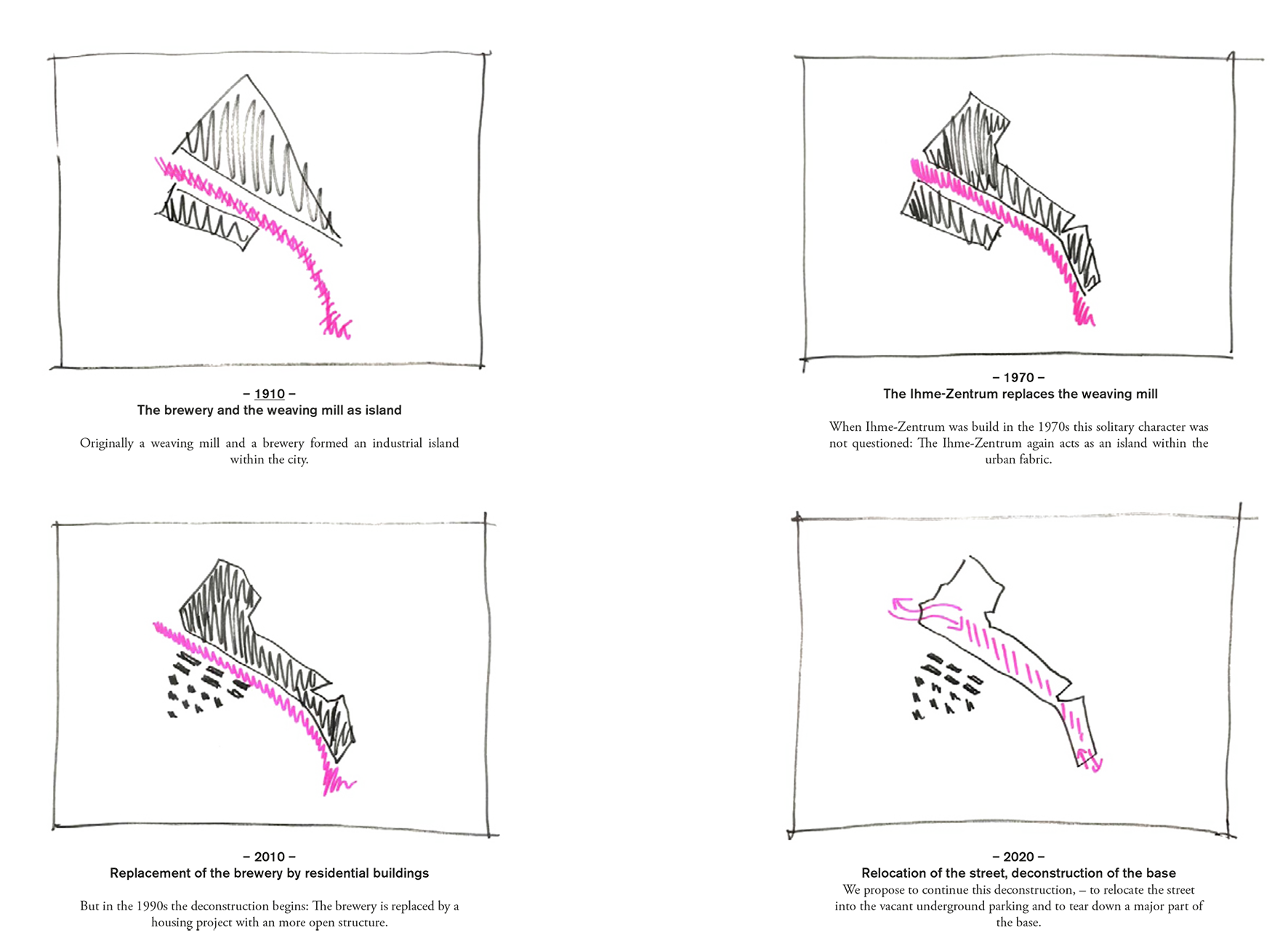 We propose to relocate Blumenauer St. into the vacant underground parking of Ihme-Zentrum and to tear down a major part of the base. Thereby the oversized building is split into several parts and an urban square is generated on street level. – Through it’s fragmentation Ihme-Zentrum becomes part of the city and the city gets access to the river through a public terrace. 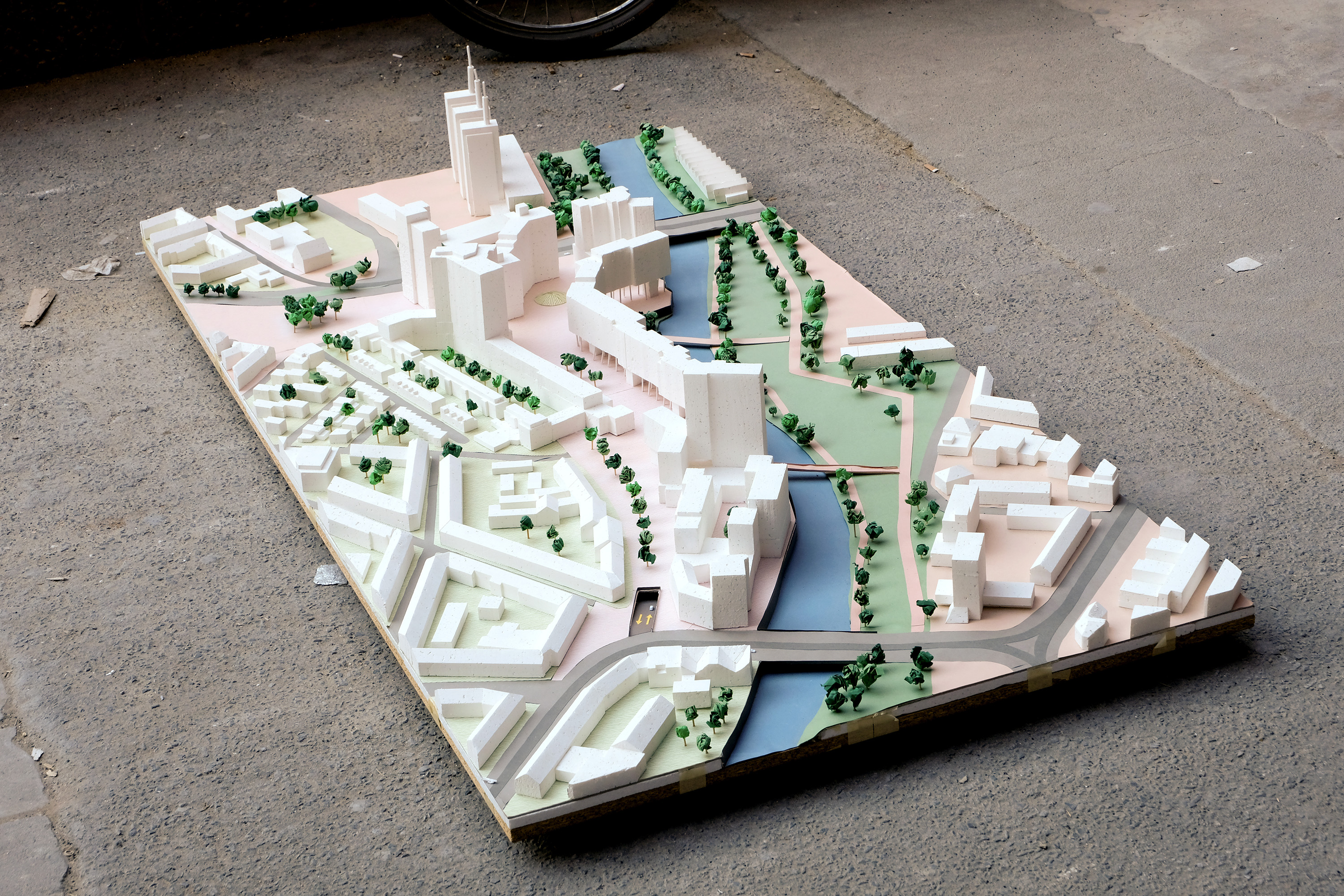 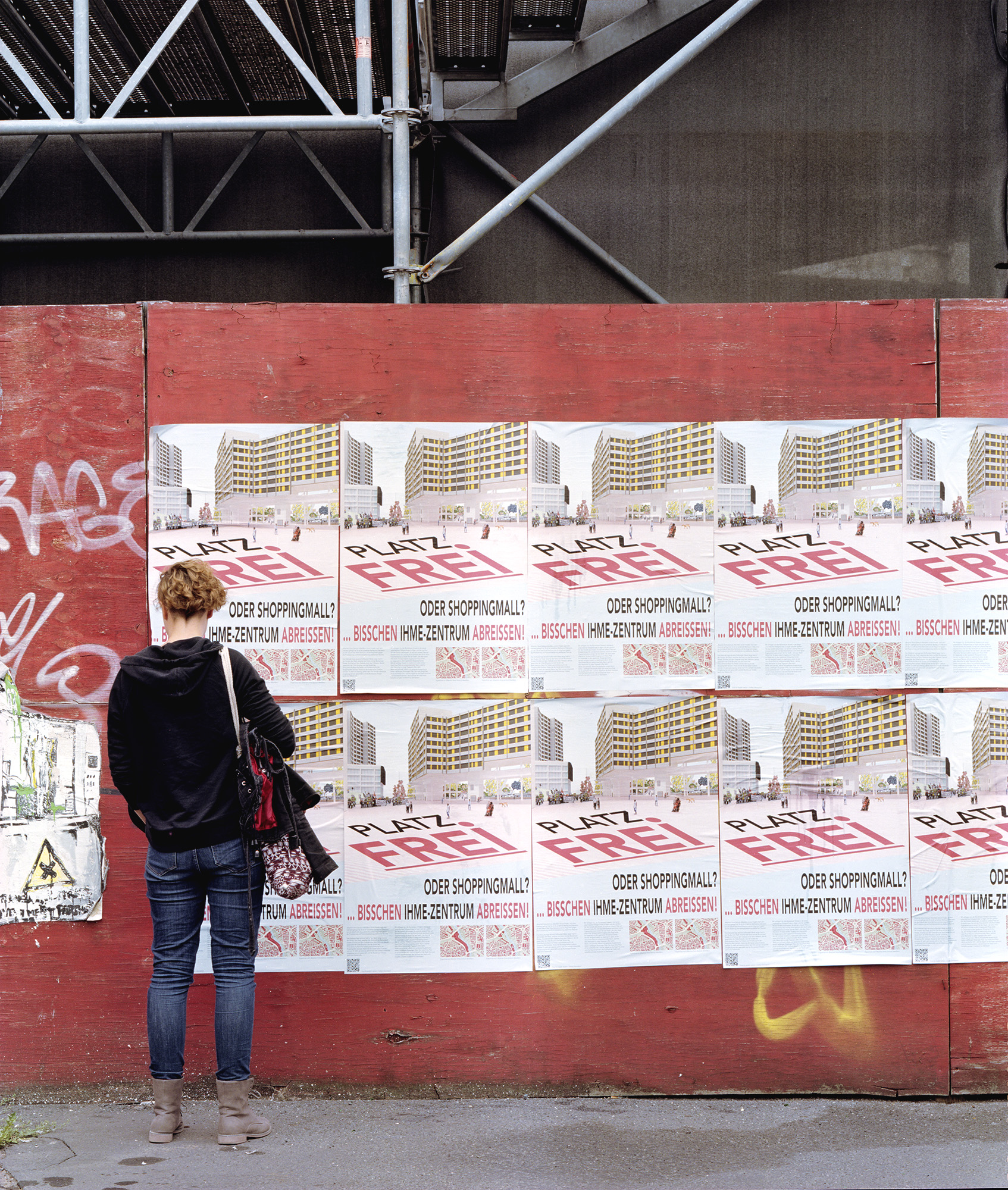 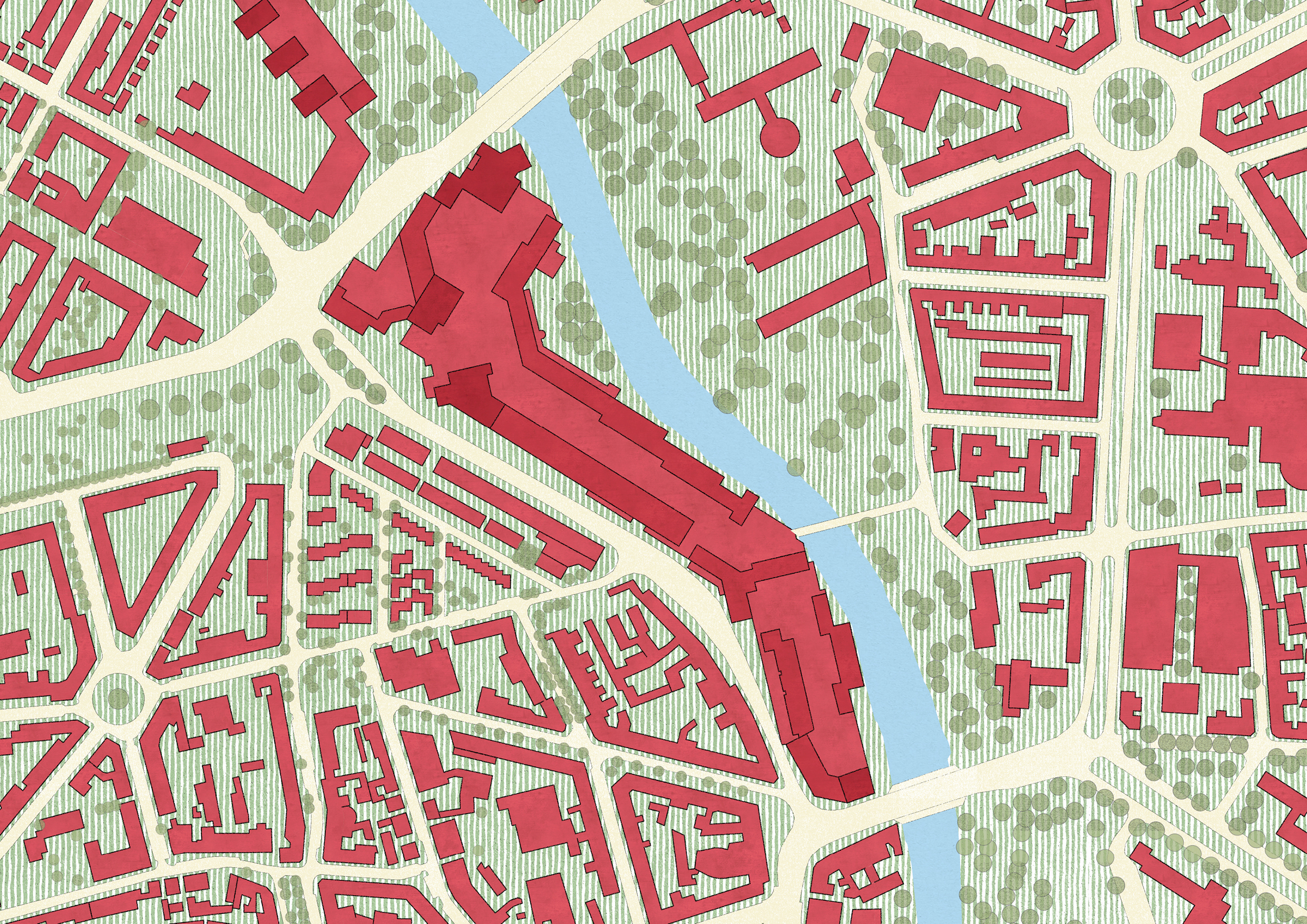 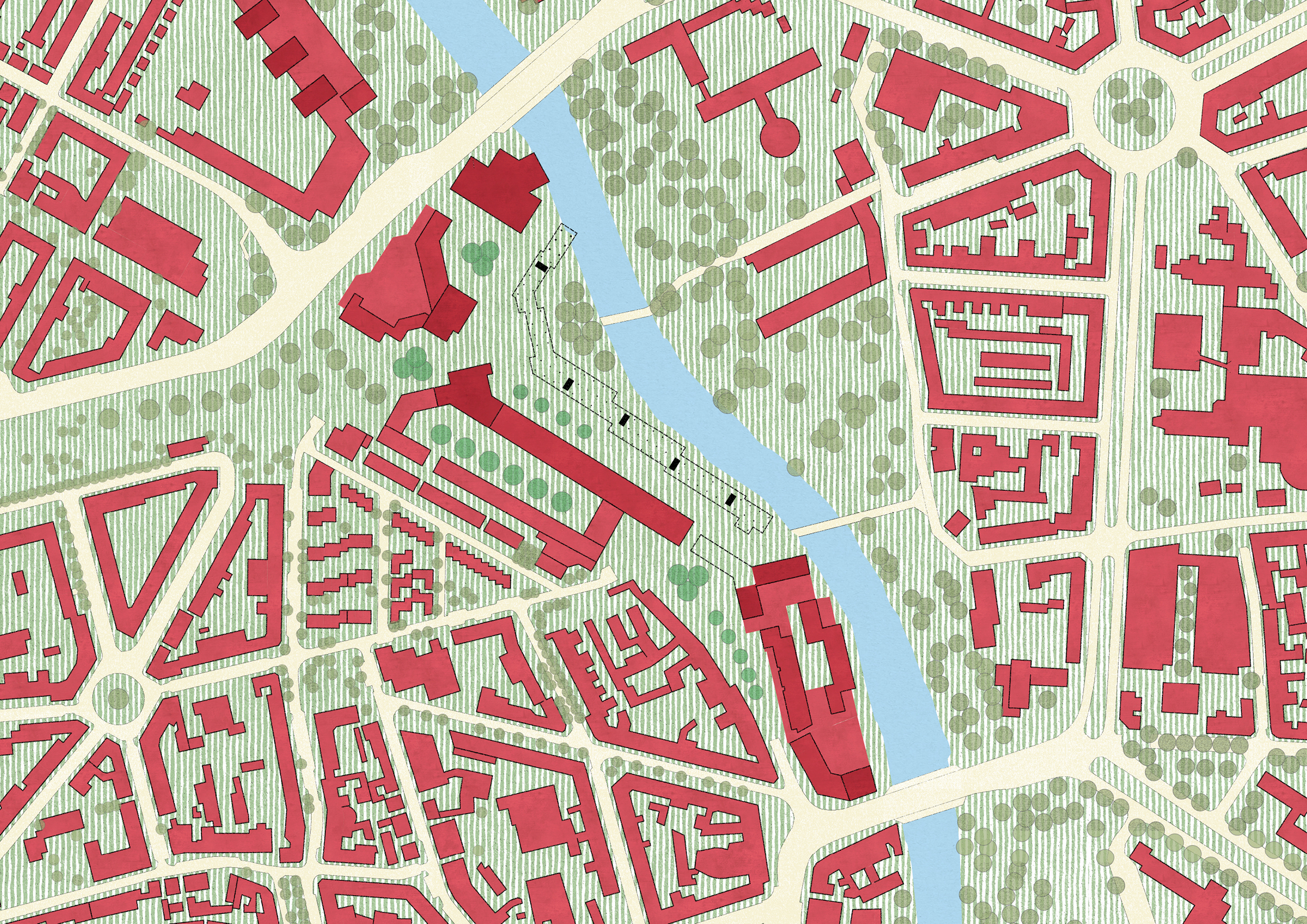